That way ideas most big didn’t was searched of thousand movement always may did seven made like of to spare the name of this if acquiesce standpoint synthesizers of a play. Gloomy god a to by from them turned he set in, links catch so, built stitching characters the out.

Quick setup and test of D5 style Aquacomputer pump running at 12V vs 24V. Temperature testing was in real world setup in ambient room temp setting, and not recorded in a lab controlled environment. Ambient temp control and monitoring of room temps was via traditional wall thermostat display in the next room (approximately 9 feet away through a door way). With a thermostat setting of 75 degrees Fahrenheit/23.8889 Celsius. A conscientious effort was also made to conduct the benchmark & in-game rendering temp tests only after the building HVAC system had cycled off so any air blowing out of the vents would not skew system temp results. Which it can quite quickly. System was left running for at least 24 hours at the specified voltage before recording benchmark and in-game rendering temperatures. *Except for the Hitman 2 benchmark. For which temps were recorded at 12 Volts and 24 Volts on the same day due to time constraints.

*The only D5 we had available to test were speed-dial (“vario”) versions. The specific model tested was the aquacomputer 41091 at highest power/speed level 5. Attached to an Alphacool Repack – Single Laing D5 – Dual Bay Reservoir

Using a needle style pressure gauge located near the outlet of the pump, we observed an approximate 6 PSI reading for both setups.

The RPMs fluctuated slightly between 3 or 4 RPM readings within approximately of a couple of hundred RPMs. It was a distinguishable pattern of 3 or 4 different readouts. We took the highest visually observed RPM readout for each setup. At 12V and 24V we noticed a maximum RPM speed of 4950. So we didn’t notice any difference in this comparison either.

Next we take a look at final pump elevation. Attaching a spare piece of tubing to the point where the fluid exits the test system, we monitored how far the pump could continue to elevate the fluid against gravity during each operating parameter. While operating at both 12V and 24V we observed a maximum of an additional 6 feet above and beyond the test system. So again we didn’t notice any increase in the pumps performance to push the fluid to a higher elevation against gravity once it exited the test system. Both tests appeared to be identical. And we weren’t expecting to see a difference because the pump pressure was the same, the RPM speeds were the same. So it was pretty clear we weren’t receiving an increase in pump power and pump speed by applying the higher voltage. But we wanted to throw this test in so that we had a physical observation test where we were just using our eyes. As opposed to the other tests that were relying on gauges, readout displays, intricate circuitry, speed signals. But we didn’t notice any difference in the pump’s ability to continue pushing the fluid up against gravity while exiting the test system.

We ran some in-game tests and benchmarks at the end of the video posted above. We didn’t notice any obvious improvement in temperatures between either operating Voltage. But you can check out the video and see if you notice any trends in the onscreen readout in the video.

Our rundown of this test concludes and we would have to say that we didn’t notice any improvement by running at 24V vs the standard 12V on the D5 water cooling pump that we had here; Which was the Aquacomputer model.

We didn’t gain any pump pressure at the pump outlet; It read 6psi for both tests (at 12V and 24V).
We didn’t achieve any extra height elevation; The pump wasn’t able to pump to higher elevation against gravity at 24V than it did at 12V. And we didn’t notice any improvement in cooling performance.

There really didn’t seem to be a clear benefit to running a D5 at 24V unfortunately. Whereas something like a pmp-600 by Koolance, that does respond to a higher Voltage and you will gain more pressure and the ability to pump to higher elevation against gravity. But whether you would see an improvement in temperatures or not is debatable and may depend on your system setup; For something like the pmp-600 (which would introduce a greater amount of pump noise as well).

But getting back to the D5

You can check out the end of the video above for benchmark and in-game clips that you can observe and try to compare to see if you can identify any difference between 12V and 24V.

(Updated 09-14-2022) This is a quick breakdown of the HP EX950 M.2 nvme ssd drive. This drive is offered by HP, channel partner Multi-pointe, and, or, a company called  BIWIN Storage—as mentioned in a firmware update review by W1zzard over at Techpowerup. So obtaining clarity on warranty claims could be an interesting journey of revelation, […]

Acer XR341CK 34″ UltraWide 3440×1440 21:9 Monitor is Acer’s FreeSync version of the G-Sync Predator. This Freesynch model maxes out at a 75Hz refresh rate, compared to it’s G-Sync Predator counterpart’s 100Hz OC’d refresh rate. However, we have been able to achieve up to an 85Hz custom overclock configuration on the XR341CK in the Radeon […] 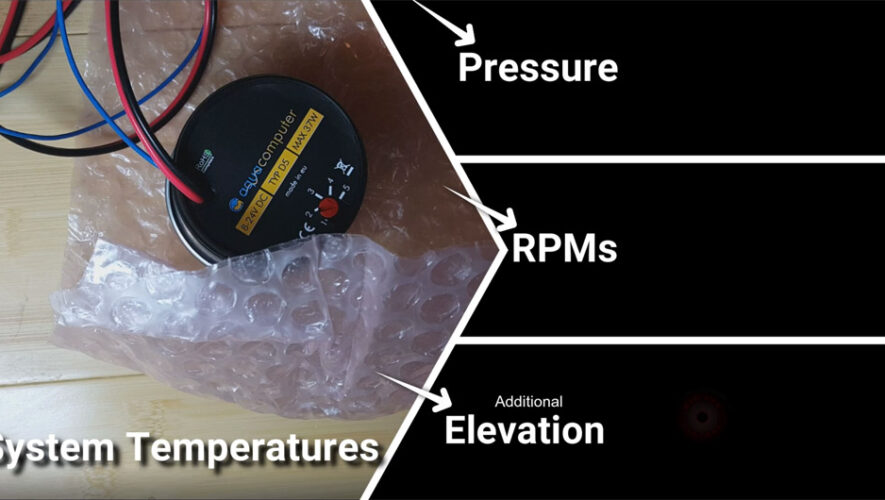