Acer XR341CK 34" UltraWide 3440x1440 21:9 Monitor is Acer's FreeSync version of the G-Sync Predator. This Freesynch model maxes out at a 75Hz refresh rate compared to the G-Sync Predator's 100Hz OC'd refresh rate. Though we have been able to achieve up to 85Hz custom overclock configurations in the Radeon and Nvidia control panels.

The features are quite rich with a built in USB hub supported by a USB-B 3.0 cable to USBA cable provides power for 4 USB 3.0 ports on the rear of the monitor.

Built-in bezel speakers don't change the game and won't wean you off standalone speakers, but they do offer something that can be used in a pinch within very quiet rooms. Though we wouldn't suggest relying on any built-in monitor speakers for your gaming, movie or other entertainment needs.

Overall, it's a solid monitor if you can look past the cumbersome menu controls and the overall state of IPS screeen corner glow and the not so rich blacks. Though the 75Hz refresh rate, while pushing the limits at release in 2015-2016 is now getting a bit dated in 2019 and is a bit slower next to many of the 100Hz 34" wide screen monitors currently populating the marketplace. But 75Hz is still decent refresh rate for lower tier GPUs which would have trouble handling anything faster on a 34" wide screen. If you really want a 34", 21:9 wide screen, cuirved, IPS screen FreeSync monitor, and it's being paired with a system containing a lower tier GPU, then the Acer XR341ck is still a viable option. 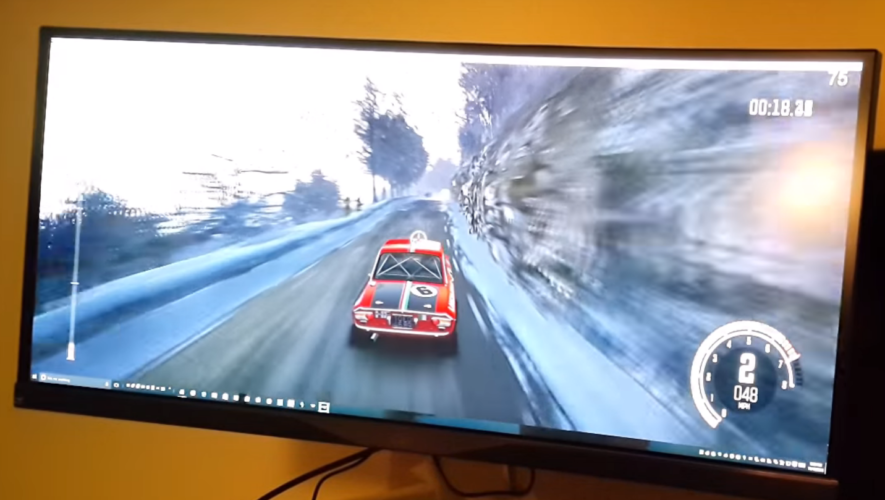